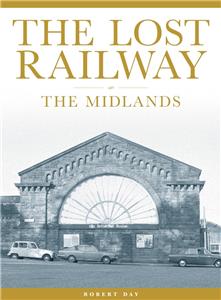 Britain's railways have seen huge changes since the 1960s. Many lines have been closed but even on those lines that remained open throughout the period, the infrastructure is now radically different. Stations have been rebuilt, traditional signalboxes and semaphore signals have been replaced, and the once ubiquitous goods yard have long closed. Focusing upon the lines that have remained open The Lost Railway: The Midlands provides an illustrative history of the railway that existed until comparatively recently but which has been largely swept away by modernisation. It concentrates on the infrastructure that has been lost and provides a graphic portrait of how the surviving railway now looks very different to the one which existed only a generation ago. The book covers the following areas: Derby, Nottingham, Belper, Ripley, Langley Mill (Notts/Derbys border), Ambergate, Cromford, Matlock bath and Matlock (all on the Midland Peak line), Buxton, the Hope Valley line, New Mills, Glossop (and Dinting, and some of the old Woodhead route), Sheffield, Whitchurch (Shropshire), Oakengates, Wellington (both Telford), Shrewsbury, Coalville (Leics.), Nuneaton, Water Orton (Birmingham suburbs), Banbury, Moreton-in-Marsh, Evesham (both Cotswolds) and Gloucester s/b 128pp